For the last few years, A Day to Remember has spearheaded the popular ‘Self Help Festival’ in conjunction with Fly South Music Group and United Talent Agency. They’re mission has always been to spread positivity through music. Previous Self Help Festivals have included acts like Bring Me The Horizon, Of Mice & Men, Memphis May Fire, Stick To Your Guns, Whitechapel, The Ghost Inside, Motionless In White, Crown The Empire, The Wonder Years, August Burns Red, Yealwolf and Chides among others.

Now in it’s 4th year, the festival will make a return to Philadelphia’s Festival Pier as well as include Detroit, Orlando and San Bernardino on it’s itinerary. This year’s lineup will feature: A Day to Remember, Rise Against, Underoath, Pierce The Veil, Falling In Reverse, Moose Blood, Less Than Jake and more (depending on city.)

Tickets are available now at www.selfhelpfest.com with general admission and VIP packages.

*Additional bands to be announced soon 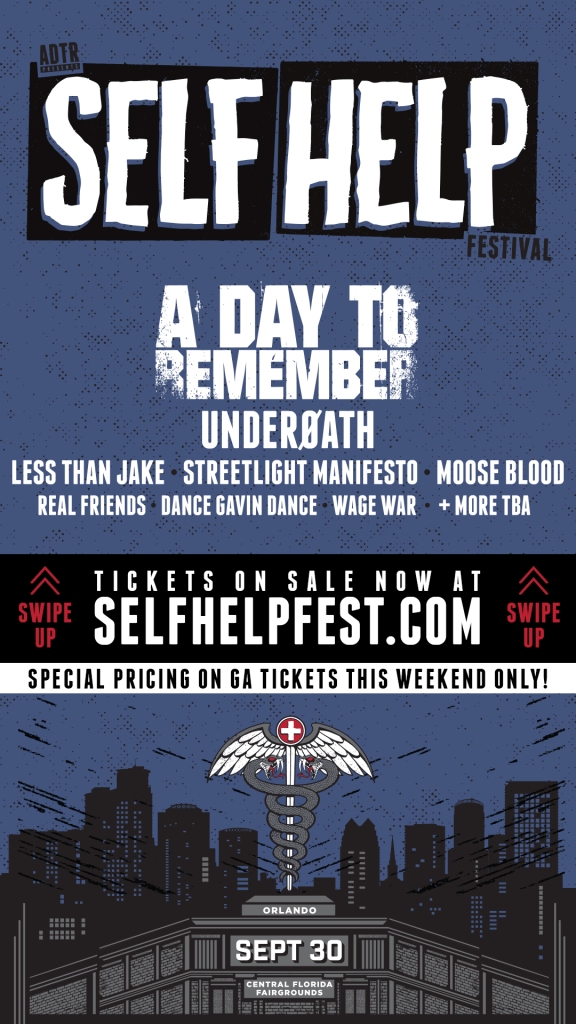 *Additional bands to be announced soon