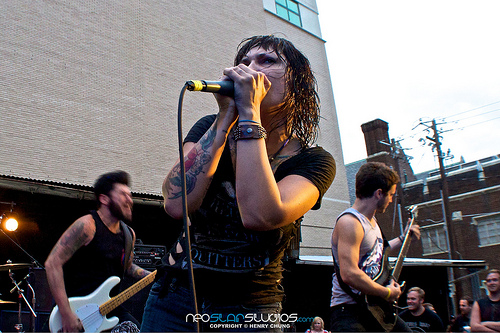 During The All Stars Tour, JJ got a chance to sit down and talk to Steven from iwrestledaearonce. They discussed their new sophomore effort Ruining It For Everybody, their upcoming short-horror-film due to be released around Halloween and his Let’s Make Mistakes clothing line that donates 10% of proceeds to the VH1 Save The Music Foundation.