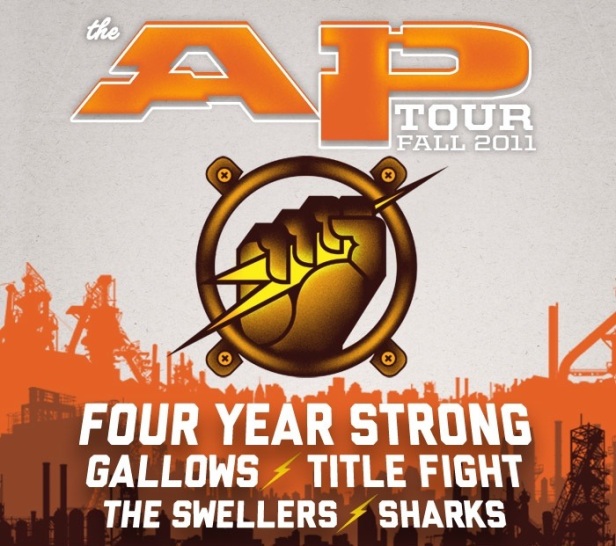 This year’s AP Fall Tour features Four Year Strong, Gallows, Title Fight, The Swellers and Sharks. This will the Gallow’s first tour with ex-The Ghost of a Thousand vocalist, Tom Lacey as the new frontman after Frank Cater’s recent departure from the band.

The tour will be well spread across the country. The first date of the tour  kicks-off in Allentown at Crocodile Rock!