Ah remaking the classics. I know I was somewhat skeptical of an IT remake, considering the original gave the majority of 90’s Americans a fear of clowns. I will say, this was a well done remake and worth a theater watch if you are a fan of the original 1990 film.

The source material is fantastic because it’s written by Stephen King. It is a remake, so you can expect a good homage to the first It, yet if you aren’t familiar with the original film you will find the plot more interesting then many horror films released by Hollywood recently.

Amazing acting especially from a lot of unknown child actors. Bill Skatsgard plays a fantastic and chilling Pennywise. I do love me some Tim Curry, but Bill does a pretty good job being creepy.

The film is well shot with beautiful sets especially the interior of the old house. The exterior of it, though I loved how it looked seemed out of place in the film, almost Tim Burton esq, which paired to the realistic scenery did not fit the film. 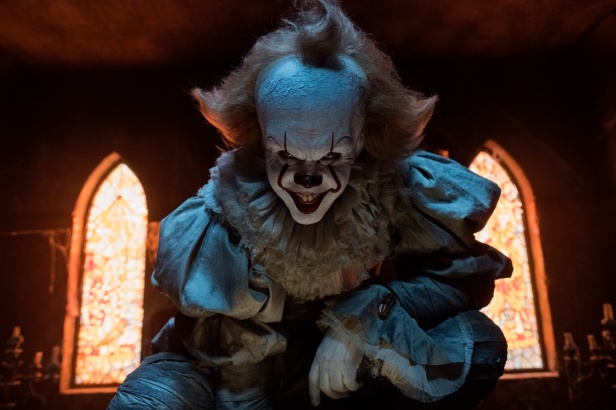 The makeup on Pennywise and the costume were the only good FX in the entire film. (Minus a lovely sink scene). The rest is unbearably bad CGI that is cringeworthy and unacceptable for a film with most likely the biggest budget of the year.

The movie failed to scare me. It was downright laughable at some points as well. But as entertaining as those hilariously delicious parts are, at 2 hrs and 15 min you start to lose interest in the characters or the story arc. There should have been some cutting down of this film because it was dragging after the 1 and 1/2 hr mark. With the previews you will be in the theater most likely 3 hours.

Overall you could catch this in the theater or not. It isn’t a bad remake, but it doesn’t live up to the hype.

Written by: Dena Due