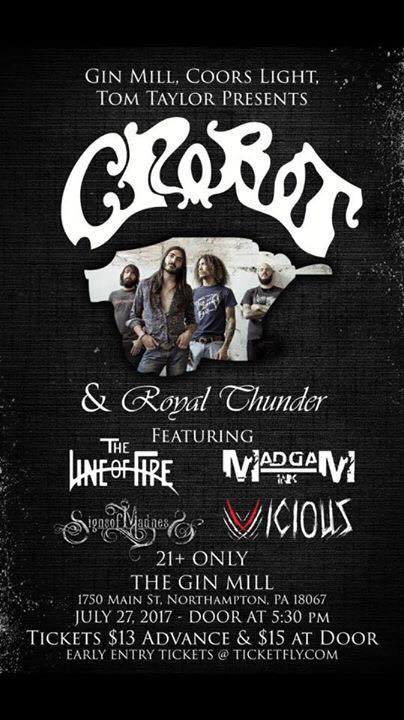 On this particular summer night in Northampton, the Gin Mill had more swagger than usual. This was thanks to more than a little help from Royal Thunder and Crobot.

Of course, there was also the requisite collection of local talent.

Georgia’s Royal Thunder, hot off the release of their latest album Wick, brought a sense of atmosphere and steadily built momentum throughout the set. Much like Wick, they didn’t set forth to burst out of the gates with everything all at once. The first few songs were selections from the new album while the last few were older tracks. An evolution of complexity and tempo was obvious through this as the newer material was more swirling and ethereal (largely) while the earlier material seems a little more content to stomp a mudhole in you. Showcasing both was wise to keep fans new and old happy. The sound was huge, especially Mlny Parsons’ vocals and distinctly audible bass.

Pennsylvania’s own Crobot was a band that I had heard about for years but never took the dive. It’s rare for a band to impress me hearing them live first. I usually have to hear the songs a little bit and get familiar first before I can truly appreciate a performance. This was a case of me being glad that I went into the show ignorant. Goodness, Brandon Yeagley’s voice was dynamite and his stage presence was on point. Musically, they sounded like Rage Against The Machine, funked up and without the guitar wankery, filtered through southern rock with Yeagley’s voice soaring far above everything else. The recorded output doesn’t do them justice. Just go see them live. 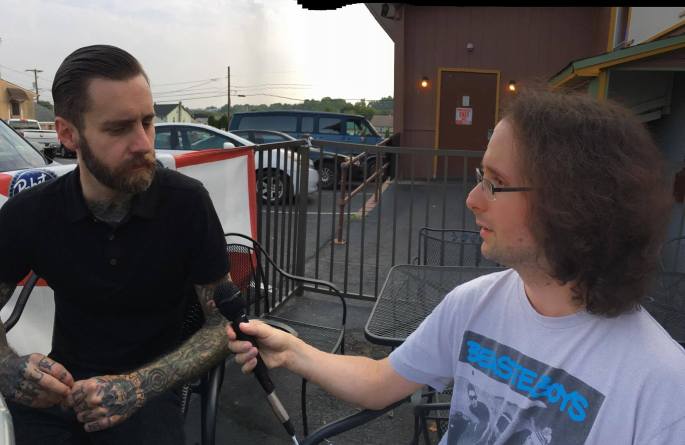 Before all of this, Josh (The Radio Pirate) and I had a chance to speak with Josh Weaver, guitarist from Royal Thunder. He was an exceptionally nice guy and the talk careened wildly from: haunted vehicles, the creation of the songs, social media (or lack therof), The Cult and much, much more. 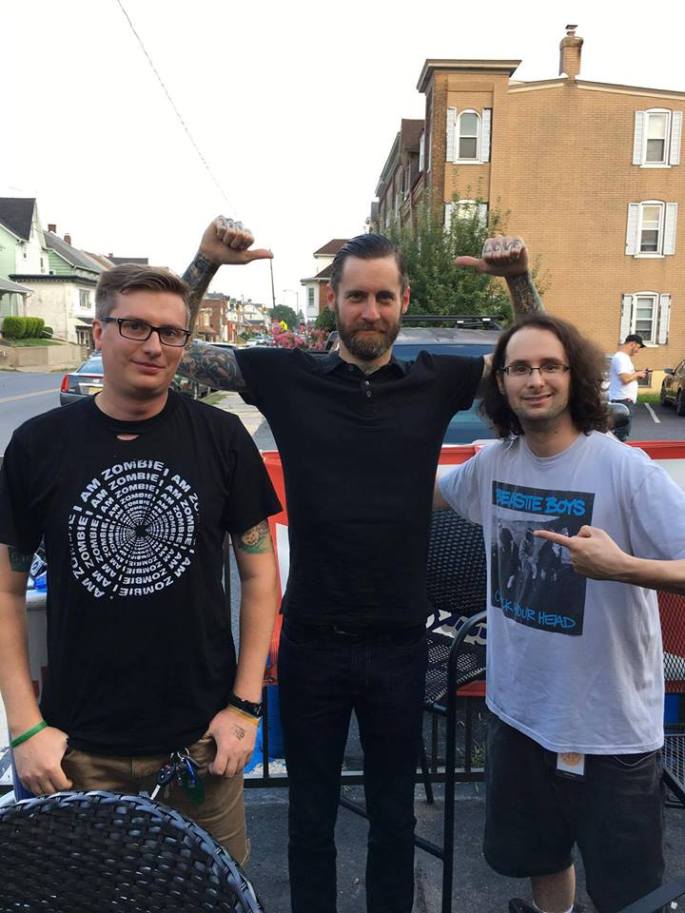