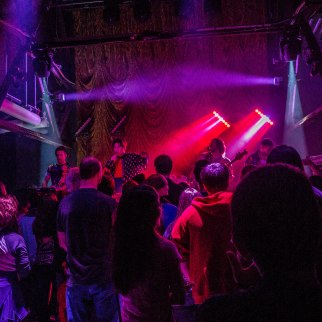 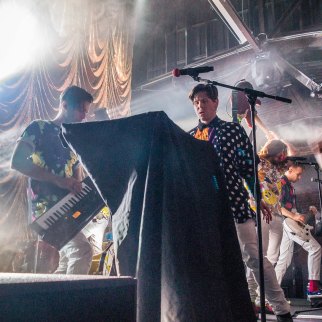 Sunday, October 25th, Atlanta based party rockers Family Force 5 came to the “City of Brotherly Love” to play an intimate show at the upstairs lounge at Philadelphia’s newest venue ‘The Fillmore.‘ After a successful stint on this summer’s Vans Warped Tour,  the band has been touring heavily on their critically acclaimed fourth studio album Time Stands Still plus gearing up for the release of their remix record Time Still Stands due out November 6th. Though their stage show was a little stripped down due to the small stage, it didn’t deter the band from making the crowd get off their feet and dance.

Watch a clip of the night’s events below:

“Time Still Stands isn’t just a remix record, its more like our songs getting a re-imagined facelift”. – Fatty (Family Force 5)

“Tour Stands Still is going to be a neon infused dance-off with our fans.” – Hollywood (Family Force 5)