On Saturday August 15th, Philadelphia’s Festival Pier played host to the Fat Wrecked For 25 Years Tour. This brought bands new and old together from the venerable indie punk label onto one stage. 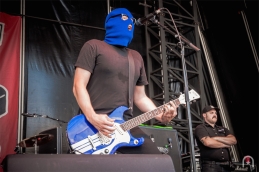 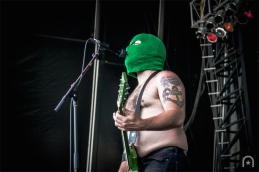 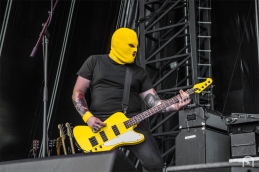 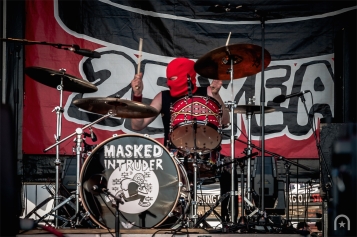 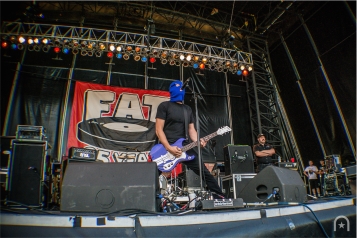 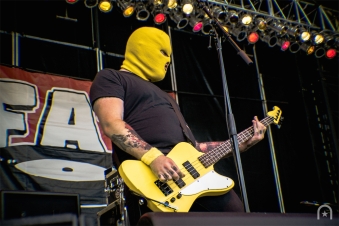 Bad Cop/Bad Cop started things off (unfortunately they went on as we were finding parking), followed by toyGuitar. Masked Intruder then took the stage and when they weren’t busy stealing wallets from the front row, they put on an energetic set of pop-punk tunes, aided by their parole officer. Toronto’s the Flatliners kept the momentum going as they premiered some material off of their new b-sides collection FIND NAME along with their expected album material. This was the transition point as we began to get into some of the veteran Fat Wreck bands. 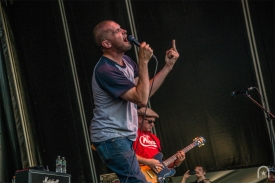 The Swingin’ Utters (40% of the band, these days, is actually in toyGuitar, as well) gave a nice blend of tunes all throughout their varied career. ‘Kick It Over’ is a personal favorite and we didn’t have to wait long for that. For us, their set was cut a little short as we had a prior interview commitment. The same can be said for the first half of Strung Out‘s (LINK TO PREVIOUS INTERVIEW) set though when we emerged from the back and were able to catch their last few songs, the crowd was into it and the band was doing what they always do, bring it on stage. 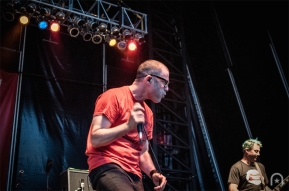 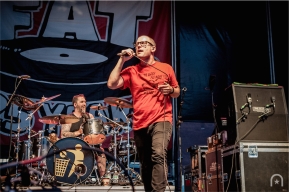 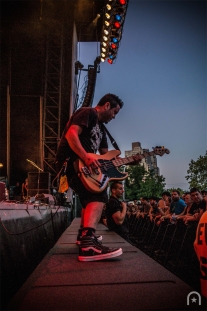 In the home stretch, Lagwagon, the band’s first signing, hit the stage and for this tour, they have been playing ‘Trashed‘ in its entirety. Even though the songs can now legally drink (they are 21 years old, after all), they were performed with energy and sounded great. 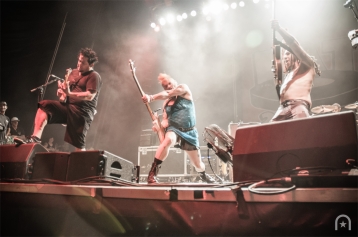 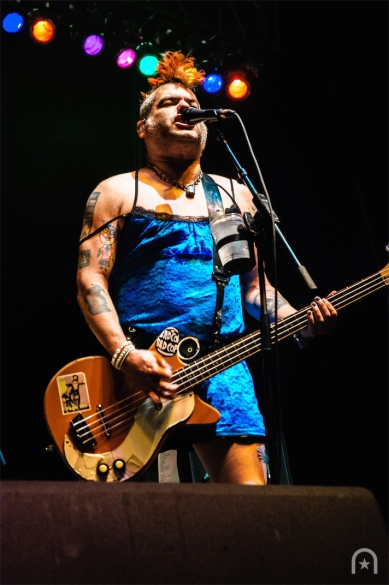 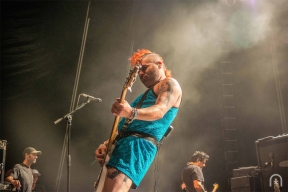 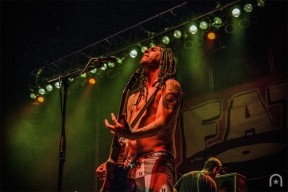 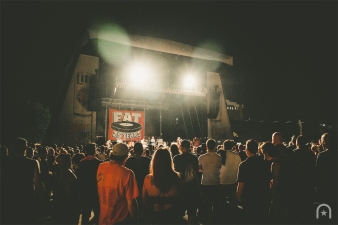 The headliner of the event, of course, was NOFX. Their focus for this run was playing ‘The Longest Line’ in its entirety. Of course, they touched on material from their entire career. Some things never change with Fat Mike having proudly declared that he had had a lot of vodka to drink before the performance and providing copious amounts of banter. Other things do change with Mike wearing a dress for the performance. That’s why you have to see this stuff live, folks. Stacy Dee from Bad Cop/Bad Cop also joined the band for a fantastic version of ‘Lori Meyers’. In fact, no matter what their live albums say, both times I have seen the band, they really seemed to bring their A (well, maybe B+) game. I guess they actually have gotten better live.

Anyone who came to the event, especially those who grew up with the music of these bands in the ’90s were treated to a celebration of Fat Wreck Chords’ past, present and future.

The interview that we conducted today was with Joey Cape of Lagwagon, Me First and the Gimme Gimmes, Bad Astronaut, The Playing Favorites, other projects and his thriving solo career.

Speaking of that, he is releasing another solo album ‘Stitch Puppy‘ on September 4th.

Below is my interview where we talk about ‘Hang’ (the latest Lagwagon album), ‘Stitch Puppy’, One Week Records, I try to touch on so many of his projects, his love of recording and so much more. We are also briefly joined by a number of special guests. This might be my longest interview yet as the man has a lot of stories and was extremely generous with his time, even though they were getting close to going on stage.