Thursday, April 9th at Union Transfer in Philadelphia was the site of a rare occasion indeed. 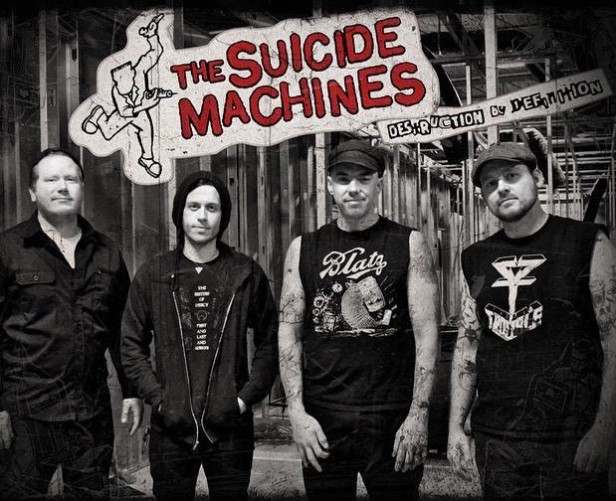 Long-deceased ska-punk-hardcore legends The Suicide Machines have played sporadically at festivals (notably Riot Fest East in Philly, 2011) or for benefit shows, but there was little in the way of activity from them since 2006.

That is what made their decision to do an East Coast tour where they played their beloved debut album ‘Destruction By Definition‘ in its entirety all the more special on this SOLD OUT night.  Further enticing audiences, early drummer Derek Grant (currently in Alkaline Trio) joined them for this run.  The entire evening was a family affair as most members of the Suicide Machines’ lineup are currently involved in other projects that joined the tour: Derek Grant had a solo acoustic set,  Rich Tschirhart (bass) plays in Bastardous and frontman Jay Navarro brought Break Anchor onto the tour, as well.

We didn’t get to the venue early and missed local openers Hub City Stompers. 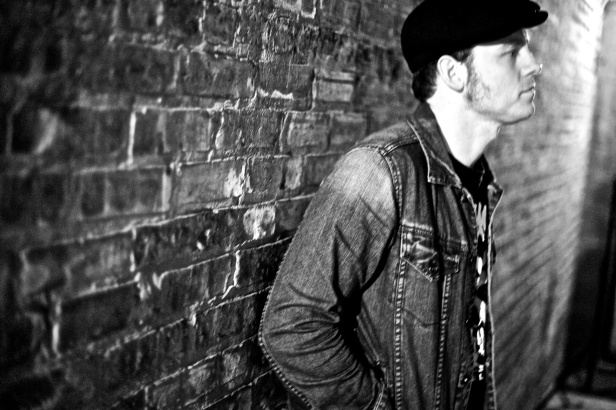 The show began (for us) with Grant playing what he announced was his sixth solo show ever.  Promoting his new album Break Down, he powered through some vocal difficulties to reveal himself as a more than capable songwriter in his own right.

Next up was Bastardous.  Unfortunately, their set coincided with the only time were able to conduct our interview, and we could only see their final song.  Still, they deserve some research and attention.

The last opening act was Break Anchor, who had released their debut full-length ‘In A Van Down By The River‘ just two days prior.  This was a long overdue release after years of offering up the odd 7” and split release.  The band mostly stuck to their more uptempo songs on this tour which fit the mood and just so happens to be this reviewers’ favorite aspect of their sound.

Finally our headliners, The Suicide Machines took the stage.  The set was all that you would expect and  could hope for.  They tore through ‘Destruction By Defintion with aplomb.  In the absence of original guitarist and background vocalist Dan Lukacinsky, Grant took over many of the background vocals to great effect.  Bim Skala Bim/Pilfers trombone player Vinnie LAST NAME, who also played on the record, joined the band for select dates, Philly being one of them.  He liberally sprinkled trombone throughout the set and helped out considerably with gang vocals.

The evening ended with half a dozen tracks from ‘Battle Hymns’ that lent an extra bit of hardcore goodness to the party ending with the short but sweet ‘DDT’.

It was a concert experience that may never be replicated again.  None of the bands do what they do full-time and it is a rarity that they can get away from work and family obligations long enough to do extended tours.  Maybe some or all of them will get back to the area again but it’s unlikely they will do so in this particular package, with this particular lineup.  It may be at least a few years until we see some of these bands again, if at all.

At text-based recollection is one thing, but you really had to have been there.

Below is my interview with Jay Navarro.  We touched upon a number of things, mostly his bands The Suicide Machines, Break Anchor and Hellmouth.  We heard some very interesting anecdotes from his youth and the impending fate of one project.

Since the Suicide Machines has been one of my favorite bands for quite some time, this was one of the most meaningful interviews that I have conducted.  It was one of those longshot opportunities I had wished could happen for many years and it came together thanks to the power of social media.

A huge thanks to Jay Navarro for his time, his honesty and his musical contributions past, present and future.