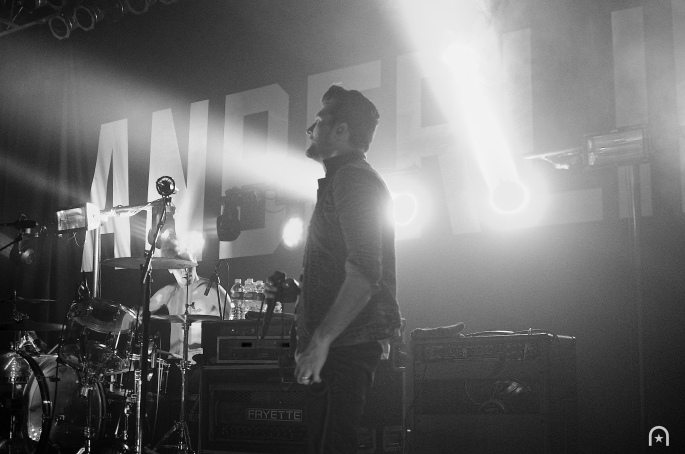 Earlier this year Anberlin announced that they would put out their final album ‘Lowborn‘ [Tooth & Nail Records] and would head out for one final world tour including a stint of this past Summer’s Van’s Warped Tour. In an announcement video, they stated that they would rather end on a high note than burnout and fade away. 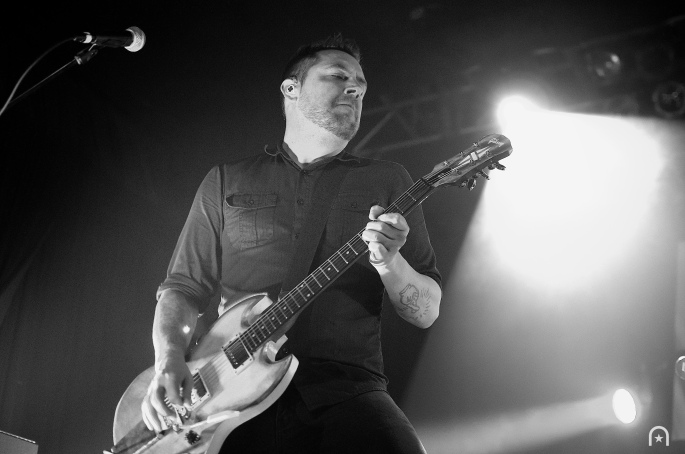 The band was originally supposed to play one date in Philadelphia at the TLA on 11/15 but with the show sold out within hours, they added a second date to the city (11/11). Luckily a good friend and fellow fan managed to get us tickets to both dates and I was allowed access to capture those final moments of their time in the ‘City of Brotherly Love’ together.

The first night they had Gasoline Heart open for them to lackluster fanfare.

Anberlin’s set has been mostly the same throughout the tour so not a whole lot was changed that night. Their set consisted mostly of expected fan favorites such as “Never Take Friendship Personal”, “Paperthin Hymn”, “Feel Good Drag” and “Readyfuels” with a single encore to close out the night. Fighting back tears, frontman Stephen Christian ended their set with “(*fin)” off of their album ‘Cities‘.

On their final night in Philadelphia, MxPx frontman Mike Herrera was their opening act. Doing a loose acoustic set, he was taking requests from the audience most of the night. Once again Anberlin came out to the crowd of rabid fans who were almost at the brink of tears knowing that tonight was the very last night they’d ever see their favorite band together on stage again. Their set was similar to the one a few nights ago but with a few other songs thrown into the mix plus different arrangements. Taking a brief moment to speak to the audience, Stephen shared a story about how several years back he was so excited and in the moment that he had forgotten what city he was at and said to the crowd “Thank you and good night Boston!” Some of the people in the audience were there that night it happened. He noted that ‘this year was dedicated to all of our fans. We could’ve just ended with ‘Vital’ and called it a day. Instead, we recorded a final album and went all over the world one more time because it was what the fans would’ve wanted.’

When they finished their set, it was an almost surreal moment. We were all left with a feeling of disbelief. That was it. This was the final time we ever saw them and this was their last goodbye. It’s hard to believe that I even had the chance to see them perform backstage during my run on the Vans Warped Tour let alone get the chance to see them again half a year later. This farewell tour definitely brought some closure to the band’s long 12 year career and I look forward to whatever projects each member pursues in the future.