Mysterious screamy-powerviolence-hardcore-whatever group United Nations has baffled a lot of people over the last few years.  Since emerging as a group of rotating, Ronald Reagan mask-wearing provocateurs, they have terrorized countless unsuspecting concert-goers who foolishly expect the five nice young men on stage to lead a discussion about world events.  Their reach has even extended far enough to incur the wrath of the actual United Nations. 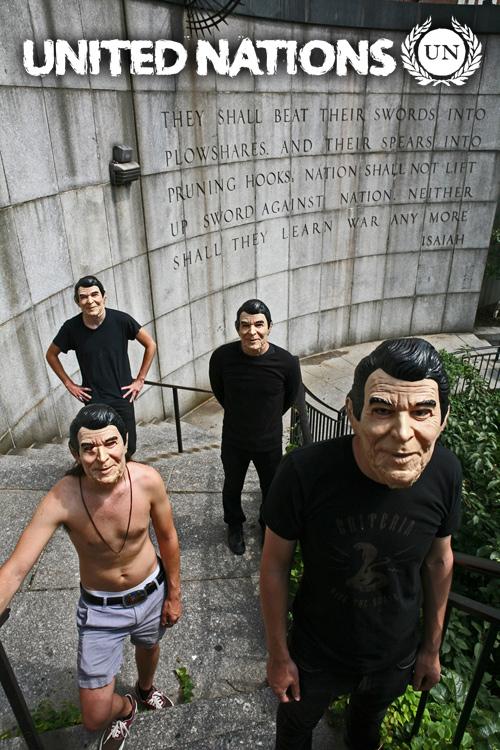 I had the pleasure of speaking to Geoff, Jonah and Lukas.

Over the course of a half hour on the mean streets (aka, sidewalk) of Philadelphia outside of the venue (Boot and Saddle), we covered a lot of ground.  The band indulged my over-researched prodding about the benefits of a stable lineup at the expense of their anonymity, some details about the recording of their new album The Next Four Years (IN STORES NOW), settling in with Temporary Residence Records, and the myriad endeavors that they are doing individually.

This was one of the most successful interviews I have been lucky enough to conduct thus far.  It paired nicely with the chaotic and cathartic concert that they put on that evening.

Do yourself a favor and pick up their albums and see them next time they come to your town.

First thing’s first, start by listening to this interview.