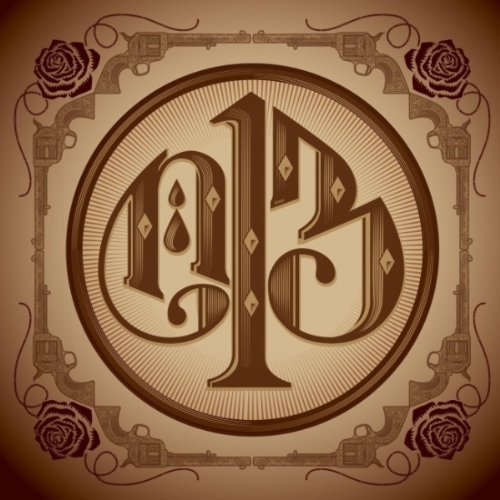 We all know that Nick 13 has made his living by fronting psychobilly-punk band Tiger Army and contributing background vocals for AFI. What other trick is he keeping up his sleeve?

With the resounding success of 2007’s Music From Regions Beyond, we have all been waiting for the band’s next move. Instead of delivering a long overdue followup to that album, he has brought us a straight up, self-titled, Americana album.

Tiger Army was never afraid to take things further into the realm of country than most of their contemporaries. Remember “Outlaw Heart” off of their very first full-length? It’s no shocker that 13 would eventually take the plunge. He has been building toward it his entire career.

The music on Nick 13 is a very literal interpretation of Americana music, with no real nods to his day job’s aggression. In fact, this could appeal to some fans of rootsy-country tunes while roping in a few skeptics. There is a definite Roy Orbison vibe at work here. It’s not just the vocals, it’s the slide guitar, the bass lines and the easy pace. Nick 13’s voice is one of his most distinctive features and it is well suited this approach.

Tunes like “Someday” and “Restless Moon” exhibit confident songwriting chops and a definite knowledge of genre conventions. Some older Tiger Army tunes (“In The Orchard” and “Cupid’s Victim”) even get re-imagined for this project and they blend in seamlessly.

If you were a fan of Tiger Army’s Where The Moss Slowly Grows, imagine ten (mostly) more uptempo songs that were written in a slightly similar vein. That is the clearest indication of whether you will enjoy this, or not.

J.J. Ellis – When J.J. Ellis isn’t writing as the Allentown DVD Examiner, his Decent Exposure Radio can be heard on the air every Friday night from 10:30 to midnight (EST) on WXLV 90.3 FM or wxlvradio.com!